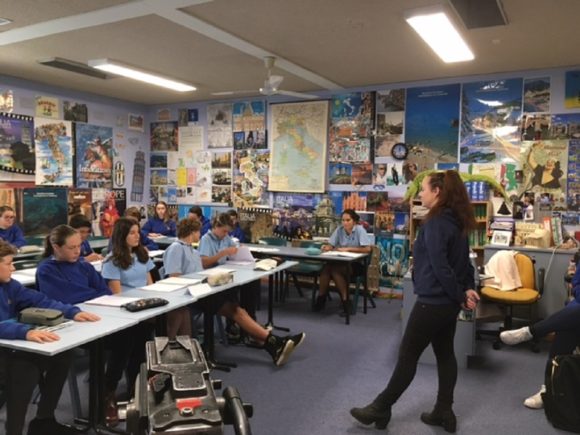 There is a general recognition amongst language practitioners in Australia that the learning of languages other than English is in decline and needs to be improved.

In his 2014 Adelaide Languages Festival speech, the former Education Minister, Mr Christopher Pyne, acknowledged this gap and highlighted the ambitious government target for 40% of year 12 pupils to be studying a foreign or classical language within a decade (source).

The Language Ambassadors into local high schools programme was designed to contribute towards achieving this goal at a regional level in two ways. The first one was to build a bridge between secondary and tertiary education by connecting young Australians studying foreign languages. The second one was to encourage university students to assist younger peers in high schools by ‘teaching’ their specialist language and thus to consolidate their own learning.

After a successful pilot in French in 2012, I obtained university funding to extend the scheme to other language majors including French, Italian, Japanese and Mandarin. In March 2015, the University of Wollongong launched its UOWx programme to formally recognise co-curricular activities carried out by undergraduates to help build their employability skills. The Language Ambassador scheme was included in this programme. This means that student language ambassadors now receive official recognition for their voluntary assistance and teaching activities in schools through a formal UOWx record upon graduation.  As highlighted below, although there has been a steady increase in the number of language ambassadors since 2015, the success of the programme is dependent on students’ availability as well as local high schools demand. 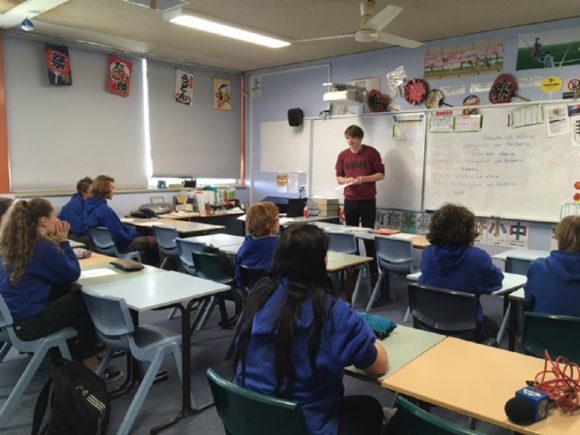 It is early days to assess whether the language ambassadors programme carried out by the University of Wollongong in collaboration with local high schools is having a positive impact on increasing student numbers, or indeed is motivating students to study languages at years 11 and 12. What is clear, however, is that the more stakeholders and schools collaborate on the ground to promote the teaching and learning of languages, the easier it will be able to reverse Australia’s prevailing ‘monolingual mindset’ (Hajek and Slaughter, 2015).