Resources for Japan Scholars: Aftermath of the East Asian War of 1592-1598 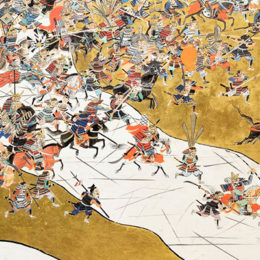 Aftermath is a digital humanities research project run by the Autonomous University of Barcelona exploring the legacy of Toyotomi Hideyoshi’s invasions of Korea, also known as the Imjin War. The project is scheduled to continue until 2023, and focuses on accessing primary sources in Japanese, Korean, Chinese and European languages to build a comprehensive understand the impact of this period on early modern East Asia. The project incorporates a publicly accessible multilingual bibliographic database.

History
Back to Resources top page