-380 students from 15 secondary schools learning together- 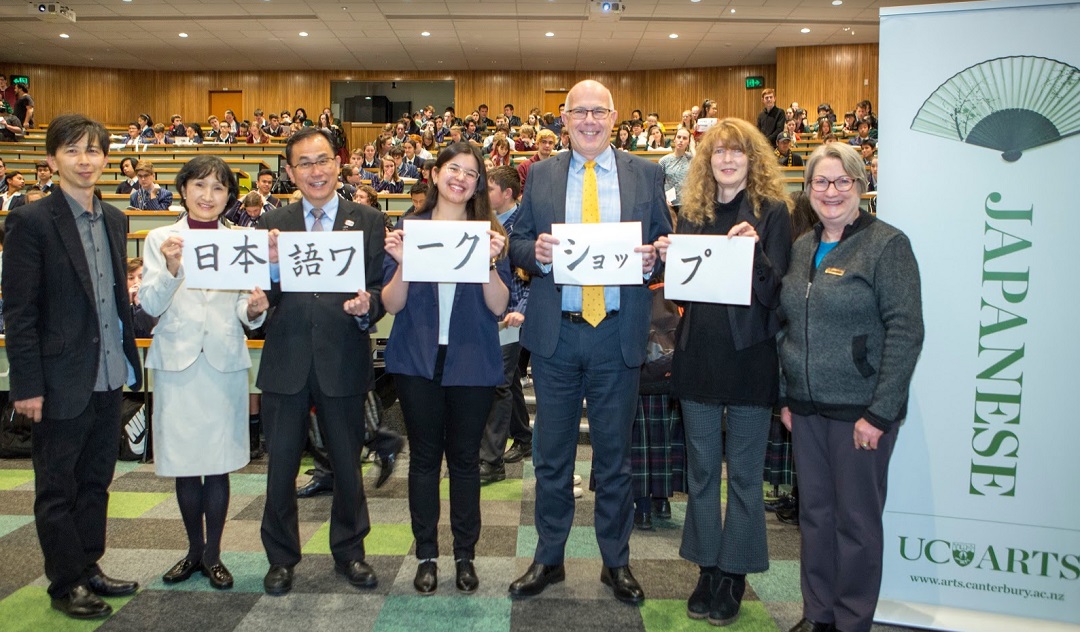 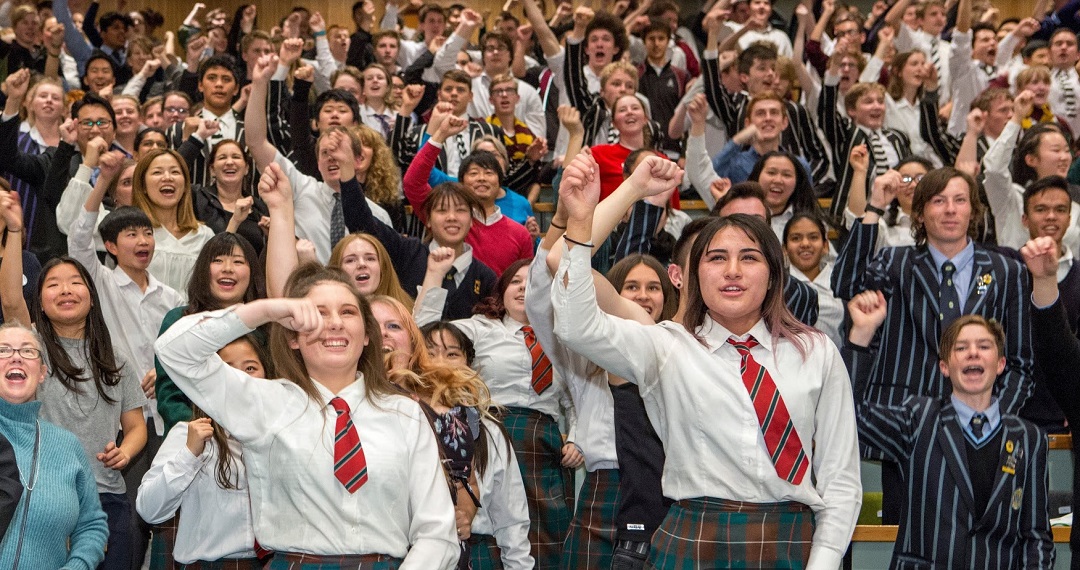 The annual Japanese workshop for secondary school students (Year 11-13) was held on Thursday, 7 June at the University of Canterbury (UC), Christchurch, New Zealand.

380 students from 15 schools in the Canterbury region participated in the 6th event which is co-organised by UC and the Canterbury Network of Teachers of Japanese. The event attracted the largest number of participants since it began in 2013, and is the largest Japanese language education event of its kind in New Zealand.

The day started with a welcoming ceremony, and UC Alumni Ms Maha Sun delivered the keynote address about her experiences learning Japanese and about Japan at her secondary school in Christchurch. She also spoke about learning Japanese at UC, including her studies at Waseda University as an exchange student. The secondary school students then had three intensive language sessions taught by secondary school teachers and staff from UC and the Ara Institute of Technology. The teachers were assisted by 27 UC students who acted as role models and mentors.

The final session was conducted in a large lecture theatre. It started with a Japanese drum performance by a local drumming group Takumi, and feedback on the event by Dr Kyoko Mikami, the Japanese National Language Advisor. It was then time for the much-anticipated group dance, which has become a prominent and popular feature of the workshop day. The YouTube video we produced in 2015 –Youkai Taisou– received 52,000 hits and for a short while topped the Yahoo Japan’s Eizou Toppikusu ranking. The 2016 video, which was posted to the website of the Japanese Studies Aotearoa New Zealand (JSANZ), attracted over 90,000 views from New Zealand and overseas. This year the chosen dance was Yattemiyou by Wanima, which will be posted on the Facebook page of JSANZ in August. The workshop finished with a hand-clapping ceremony by all the participants. Bringing a large group of people together with a passion for the Japanese language and culture can only result in a day that is packed with energy, great learning and laughter.

This year’s cohort of UC student volunteers included several undergraduates who had, in previous years, participated as high school learners, and then worked their way up to become senior students in the UC Japanese Programme. The UC students learnt much from their role as mentors for the young learners, and their experience has highlighted the value of a strong learning community as a ready source of knowledge, encouragement and advice.

Photos from the day