(Doyō no ushi, unagi and other foods starting with ‘u’) 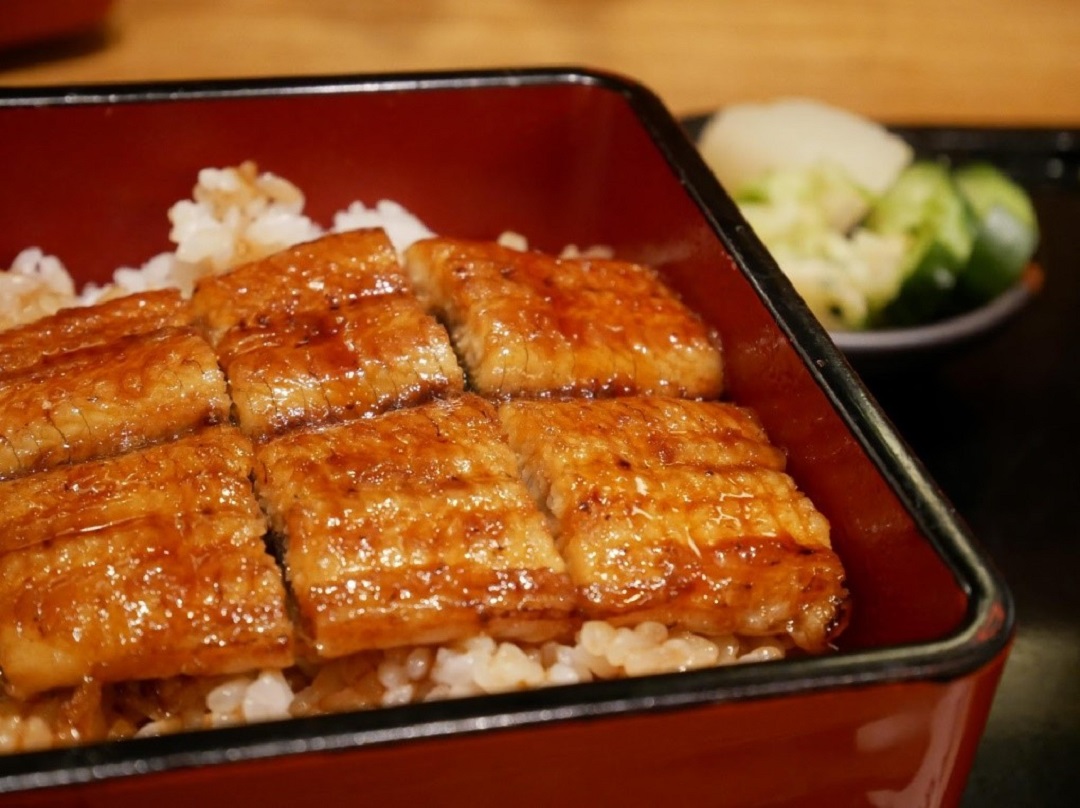 Recently, many people outside of Japan also enjoy eating unagi kabayaki, or barbequed eel. People in Japan traditionally eat unagi (eel) on doyō no ushi no hi (midsummer Days of the Ox), calling them unagi no hi (eel days). Depending on the year, midsummer days of the Ox occur in July and sometimes also in August, and as such unagi sales in Japan during these months are said to be four to five times greater compared to other months.

It is said that people who have lost their appetite due to the summer heat feel better after eating unagi kabayaki. Indeed, unagi kabayaki is delicious and nutritious, so it is particularly good for those with little appetite.

Unagi kabayaki is a traditional Japanese dish. At the time Tokugawa Ieyasu established the town in Edo (now Tokyo) in the early 17th century, it was a dish heavily consumed by workers. Unagi was chopped and grilled with miso seasoning, and given unagi’s high oil content, it was particularly satisfying for those who engaged in hard physical work. It was also very cheap.

The origins of modern unagi kabayaki began in around 1730. It quickly gained popularity, and as such drove up the price of unagi, making it less affordable for ordinary people. People who were therefore unable to afford unagi ate other foods on midsummer Days of the Ox, such as udon, umeboshi (pickled plum), and uri (including cucumber, watermelon and bitter melon), given these foods also started with ‘u’ as in ushi (ox).

Eel farming became popular in the 1970s, making it easier to buy unagi in supermarkets. This lead to an increase in the consumption of unagi. However, around the early 2000s, populations of eel began to suddenly decline, leading to eels becoming listed as an endangered species in 2014. The cause of this sudden decline in population seemed to be the result of issues including overfishing, the El Niño phenomenon, and changes to river environments due to dams and riverbed renovations.

People who are concerned that eel numbers are decreasing think that it is better to stop selling unagi so cheaply in supermarkets and instead only eat it on special days. Originally, Days of the Ox were days to appreciate the earth and its role in food production, as well as cows and horses that worked the fields to produce such food, when such animals were rested. Perhaps we should also eat uri and udon on midsummer Days of the Ox and rest our stomachs.