Talks from a broad range of disciplines will provide audiences with a deeper appreciation of Japan’s affinity for robots. We will consider the roles social robots will play in our future societies, and highlight the areas in which we should tread with caution.

Invited guest speakers from Australia and Japan include:

All talks will be held at The Japan Foundation, Sydney from September 21 until November 2, 2017.

Tokyo-based performance and media artist Dr Elena Knox presents a discussion on the creative and cultural interpretations of humanoid robots in Japan and other nations. Viewing select scenes from robots’ screen performances, her talk will consider ideas about immortality, jobs, appearances, computation, and the “life” of the robots who will resemble us.

The Future of AI in the Arts
By Prof Takashi Ikegami (University of Tokyo)
October 3, 2017 | 6pm

Can a robot produce art? Join us for an eye-opening talk on developing the world’s first android-led opera “Scary Beauty”, performed by Skeleton of Osaka University’s Ishiguro Lab, and consider the deeper implications and future possibilities for artificial intelligence, or AI, in the arts.

Media designer Tomomi Ota presents her experience cohabitating with social robot Pepper and introduces her philosophy on human-robot-interaction in this enlightening talk. A short interview chaired by Dr Yuji Sone, author of Japanese Robot Culture: Performance, Imagination, and Modernity, will follow the talk.

As robot participation in society becomes the norm, how should new robotic technolgies be ethically integrated into society? Robot sociologist and entrepreneur Naho Kitano sheds light on how the concept of ‘ethics’ in Japan and the West differs, and how a humanities-based approach may assist us to answer this question.

Please note: Due to the nature of the technologies discussed in this series, the talks will not include demonstrations of the robots featured in this media release. 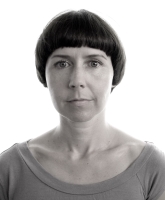 Dr Elena Knox is a media and performance artist. Currently a Japan Society for the Promotion of Science (JSPS) research fellow in Intermedia Art and Science at Waseda University, Tokyo, she gained her PhD from UNSW Art & Design, researching performativity in gynoid robots and presenting her findings in the solo show “Beyond Beyond the Valley of the Dolls”. Knox is an affiliate of the Creative Robotics Lab at Australia’s National Institute for Experimental Arts (NIEA), and co-directs production house Lull Studios. 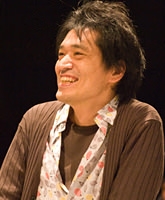 Professor Takashi Ikegami received his doctorate in physics from the University of Tokyo. His work focuses on building and studying artificial life systems by combining computer simulations, chemical experiments and robotics. Professor Ikegami’s research has been published in Life Emerges in Motion (Seido Book Publishers, 2007), The Sandwich Theory of Life (Kodansha, 2012) and the e-book MTMDF (2014).

Professor Ikegami is a frequent attendee of the International Conference on Artificial Life, and delivered a keynote address at the 20th Anniversary of Artificial Life conference in Winchester, UK. He is also a member of the editorial boards of Artificial Life, Adaptive Behaviors, BioSystems and Interaction Studies. He is currently professor and principal investigator at Takashi Ikegami Laboratories. 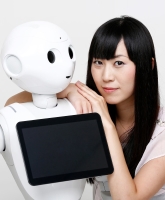 Tomomi Ota majored in musicology and music education as an undergraduate before completing a Masters of Research in Media Design at the elite Keio University. Her Masters thesis focused on the use of an algorithm to randomly generate music to enhance people-to-people communication. While working full-time, she purchased one of 200 developer-model Pepper robots in November 2014, and documents her experiences cohabitating with Pepper on her website robot-partner.com.

In April 2016, Ota founded the mirai capsule project, a joint human-robot musical unit with the aim of fostering positive human-robot interactions. She has spoken at a number of events both within and outside of Japan including annual science-fiction convention Nihon SF Taikai, TEDxTokyoSalon and Presenting Japan in London. Ota also co-hosts in robot review videos for online magazine robot start inc. 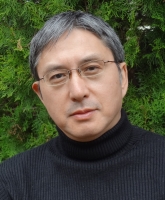 Former Japan Foundation Fellow Dr Yuji Sone (Macquarie University) is a performance researcher. Initially trained with the experimental theatre company Banyu-Inryoku in Japan, he teaches theatre and performance studies courses with an emphasis on praxis in relation to cultural studies and media studies. Yuji produced numerous media-based performance works throughout the 1990s, and performed in international and domestic conferences and festivals including the Adelaide Festival Artists Week, 25 Years of Performance Art in Australia, the Sydney Asian Theatre Festival, Sydney Fringe Festival, San Francisco Sound Culture, the Toronto Festival of Performance Art, and Rootless UK. His research has focused on the cross-disciplinary conditions of technologised performance.

Dr Sone recently published his book Japanese Robot Culture: Performance, Imagination, and Modernity (2017), in which he examines representations of social robots in public, domestic, and artistic contexts in Japan. 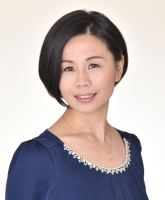 Robot sociologist Naho Kitano acquired her Masters at Waseda University. She wrote extensively on robot ethics before founding robotics firm Hibot Corp in 2004. Serving as Representative Director from 2009-2014, Kitano succeeded in growing HiBot Corp into one of Japan’s most well-known robotics startups.

Since stepping down from her role at HiBot Corp, Kitano has embarked on two new roles: one as a researcher for a government technology venture in robot ethics and business development at the Tokyo Institute of Technology, and the other as executive officer for new venture ASUKOE Partners, Inc. advising on AI and public service business development.

All events are free. Bookings essential via www.jpg.org.au.