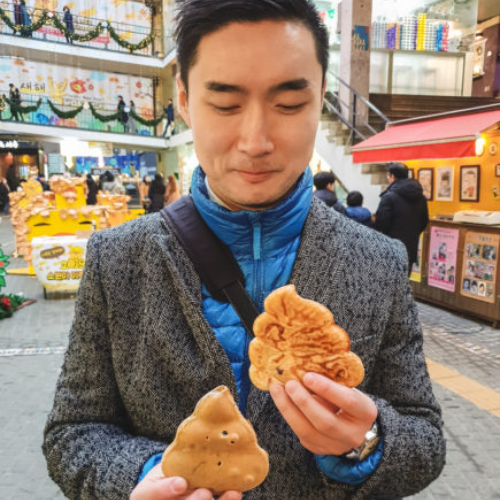 JPF > Learner’s Stories > Where Can Japanese Take You? > Michael

Where Can Japanese Take You?

This series of Learners Stories focuses on the experiences of Japanese learners who have had the opportunity to utilise their language through their interests or their career. Learn how they got involved in Japanese and their specific areas of interest, and pick up tips on how you too can use your language. Broaden your horizons and discover where Japanese can take you!

In this edition of “Where can Japanese take you?” we spoke to J-Course student Michael Shen about his Japanese language journey.

If I was to only give one tip, it would absolutely be to try and find opportunities to speak the language as often as you can! Other than that, consuming Japanese media certainly helps – and it’s great entertainment value too! 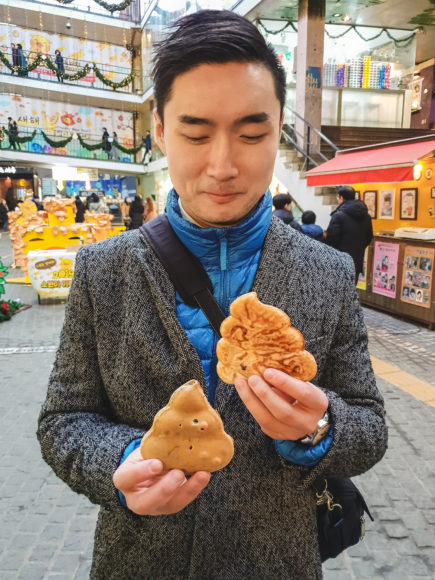 Michael often travels to Japan, where he eats all sorts of interesting food and shares his experiences in his blog.

When did you first start learning Japanese?

I’ve actually studied Japanese on-and-off since 2013; however, it never went anywhere as I always found excuses to give it up. My first serious attempt started four years ago in mid-2016 and continues to this day – at the Japan Foundation.

What attracted you to Japan and learning Japanese?

Initially, my interest in Japan and Japanese stemmed from watching (maybe a bit too much!) anime and reading manga back in high school. But it was actually many years later, when I became greatly interested in food – and in particular Japanese food – that got me seriously interested in picking up the language, so that I could learn more about the rich history and complexity of washoku (traditional Japanese cuisine). There’s just no better way to explore a culture than to actually learn the language, literally and figuratively. In fact, my food blog (https://imstillhungry.net) is so heavily skewed towards Japanese or Japanese-themed restaurants that it could be mistaken for a blog based in Japan!

Where has your interest in Japan taken you?

I’ve now visited Japan no less than seven times, spanning Fukuoka all the way to Sapporo, and yet every time I do so it feels like it’s my first time. It might seem like a small country but there’s just so much to discover, with every trip uncovering something you didn’t know about before. Just when I think I can identify every piece of neta on a nigirizushi; just when I think I’ve nailed down the seasonal ebb and flow of kaiseki-ryouri, the itamae will show me just how much there is yet to learn.

How do your career and your interests connect you to Japan and the Japanese language?

It all started when I created my food blog, I’m Still Hungry, way back in 2012, and quickly realized that Japanese cuisine was by far my favourite. The indescribable pleasure of a piece of perfectly-crafted ootoro nigiri at a sushi restaurant, or the sublime depth and flavor of even a bowl of ramen run by a true shokunin. I was hooked, and had to have more. And so began the visits, and with them, a desire for a deeper understanding of Japan’s food culture.

I quickly realized the importance of language –most traditional Japanese chefs (at least, ones that own restaurants not on the typical tourist guides which I seek out) don’t speak very good English. And so to be able to get through to them, some rudimentary Japanese is practically essential. Given food is at the heart of so many cultures, to appreciate food is to appreciate culture, and to appreciate culture fully absolutely requires picking up the language.

What are your proudest “Japanese Language” milestones?

I’d like to think that persevering with four years of languages classes would be my greatest achievement! There’s still so much to learn, and I really do feel like I’m only still scratching at the surface.

What is the most challenging aspect of learning Japanese for you?

Definitely not being able to practice it as often as I’d like. And golly, Japanese people speak so fast!

Do you have any advice for Japanese learners who are thinking about ways they can utilise their language skills?

If I was to only give one tip, it would absolutely be to try and find opportunities to speak the language as often as you can! Other than that, consuming Japanese media certainly helps – and it’s great entertainment value too!