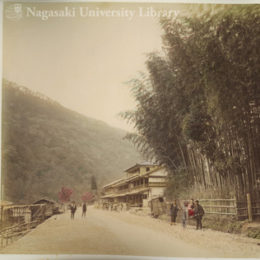 This website indexes Nagasaki University Library’s collection of historical photographs of Japan, comprised of approximately 7,000 items produced in Japan by Western and Japanese photographers during the latter half of the 19th century and early 20th century. The images are watermarked and external usage requires permission, but the catalogue can be freely browsed.