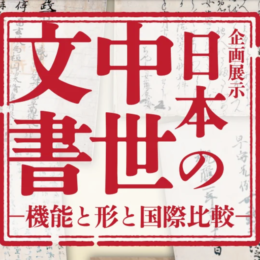 The National Museum of Japanese History has released Chusei Monjo, a new database of Japanese mediaeval manuscripts from the late Heian period to the Azuchi-Momoyama period (around the 11th to 16th centuries). Along with images of the original manuscripts, the database also includes the transliterated text, an explanation in modern Japanese, and audio for each text. Further, the site incorporates an online forum allowing scholars and students to ask questions, comment on the texts and discuss mediaeval Japanese history.