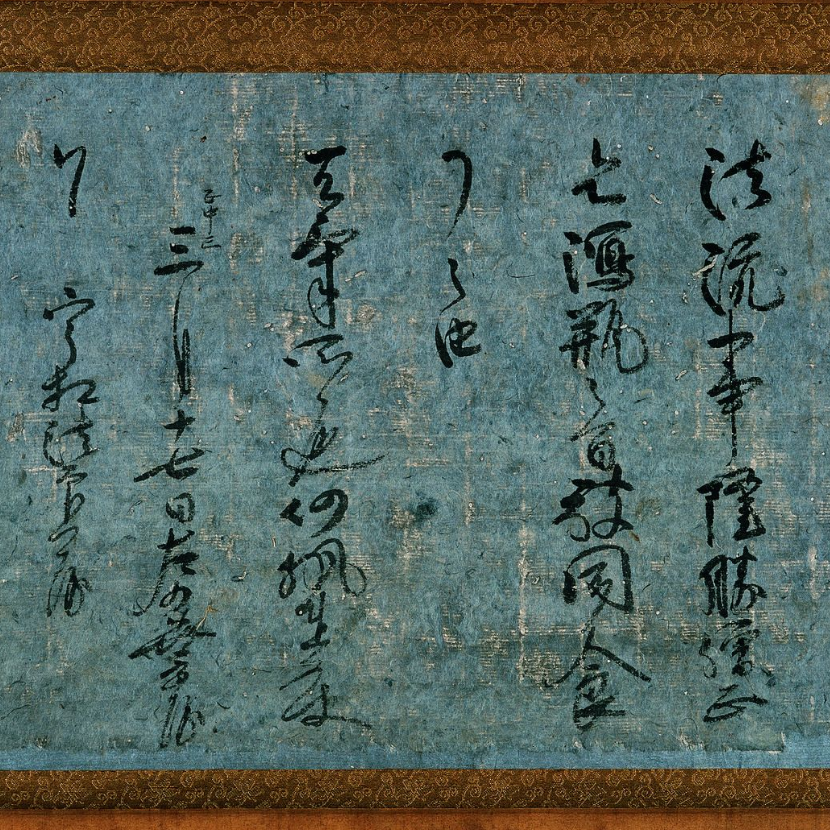 In Japan, an enormous number of historical documents and texts have been preserved over the centuries. However, these are written using archaic styles (often referred to as ‘kobun‘) which are often unreadable to all but a small handful of specialists. This page introduces open-access digital projects that aim to address this issue by making historical texts more accessible to non-specialists.

The National Museum of Japanese History has released Chusei Monjo, a new database of Japanese mediaeval manuscripts from the late Heian period to the Azuchi-Momoyama period (around the 11th to 16th centuries). Along with images of the original manuscripts, the database also includes the transliterated text, an explanation in modern Japanese, and audio for each text. The site also incorporates an online forum allowing scholars and students to ask questions, comment on the texts and discuss mediaeval Japanese history.

This free app is designed to help users learn to read hentaigana, a classical precursor of hiragana which is now obsolete. The app is the fruit of a collaboration between The University of California (UCLA) and Waseda University as part of the Tadashi Yanai Initiative for Globalising Japanese Studies.

More info
Read an overview of the project via the UCLA website.

KuLA (Kuzushiji Learning App) is a free educational tool for tablets and mobile phones which helps users learn to read kuzushiji, or classical Japanese cursive script. The app was developed by a PhD candidate at Kyoto University and is available in Japanese only.

More info
Read an article about the project in Digital Humanities Quarterly.

Created by researchers at Japan’s Centre for Open Data in the Humanities (CODH), KuroNet helps users to decipher historical texts written in classical Japanese script. It uses artificial intelligence to machine-read images of historical texts uploaded by users and convert them into contemporary Japanese. The model was trained on an extensive dataset compiled by CODH which contains over 4000 character classes and a million character images from 44 books printed in the Edo period (around the 17th to 19th centuries).

More info
Read an article in The Gradient magazine on CODH’s work in this area.

This is a recording of a graduate workshop run by Dr Tarin Clanuwat (Centre for Open Data in the Humanities) in July 2020, presented by The University of British Columbia’s Centre for Japanese Research. The workshop provides an introduction to a variety of kuzushiji (classical Japanese cursive script) learning resources, including AI-driven tools.

Created by Japan’s Centre for Open Data in the Humanities (CODH), this database allows users to see how individual Japanese characters are rendered in kuzushiji classical cursive script across a range of historical manuscripts. In Japanese only.