Femufacture artists Rina Bernabei, Belinda Dunstan, Patricia Flanagan and Erina Kashihara will discuss their individual practices in relation to how digital fabrication processes have altered the nature of craft and design. As women at the forefront of their field, the artists will shed light on their experiences of working within the technological industry. The panel will be moderated by Kathryn Hunyor, and will engage with a discourse surrounding contemporary Japanese design now and for the future.

Presented as part of an event series for Femufacture, an exhibition which runs February 6 – March 30.

Image above: Alfred T. Palmer Women at work on bomber, Douglas Aircraft Company, Long Beach, California 1942, This image is available from the United States Library of Congress’s Prints and Photographs division under the digital ID fsac.1a35341. This is a file from the Wikimedia Commons.

Rina Bernabei is currently a Senior Lecturer in the Industrial Design program at University of New South Wales. In 2002 she co-founded bernabeifreeman with Kelly Freeman.

Their range of lighting and furniture has been widely published and exhibited, including at the Powerhouse Museum, the Salone di Mobile in Milan and The Milan Triennale. They have won numerous design awards, including IDEA awards for product design and the Bombay Sapphire Design Discovery Award which explores the relationship between technology, decoration, mass production and the interior environment. bernabeifreeman continue to strive to create products that connect with the end user through emotional attachment – such as personalization in product design. As well as questioning the relationship between digital design, fabrication and traditional craft.

Belinda Dunstan is currently an Associate Lecturer in the Design Futures Lab at the University of New South Wales. After completing her Bachelor degree with Honours in sculpture, she has pursued a PhD in Fine Art, researching in the area of Social Robot Design. Her interest in ‘future forms’ and the fusion between traditional crafting techniques and contemporary technology design has previously been explored through large-scale robotic sculptures. Her sculpture work won the UNSW Eisenberg Award for Excellence in Sculpture, and her works have been exhibited across Australia and purchased for private collection.

Dr. Patricia Flanagan’s artwork is represented in collections in Australia, Ireland, Germany, Italy and China. She is the winner of four CASP funded Public Art commissions and recipient of awards including the Max Fabre Foundation Award for Environmental Awareness. Her work was selected to represent Oceania at the 7th International Contemporary Textile Triennale, Tournai Belgium and was a Visiting Fellow at Centre for Mobilities Research, Lancaster University. She was the recipient of an Australian Postgraduate Scholarship for her PhD research in public art and alternative tactics. Recent exhibitions include Museum of Contemporary Art, Taipei, Taiwan and UNSW Galleries Sydney. Flanagan established the Wearables Lab at Hong Kong Baptist University and currently works at National Institute of Experimental Arts, the Creative Robotics Lab and is co-director of the Interactive Media Lab UNSW Art and Design. She serves on programming committees including Design, User Experience and Usability in the context of Human Computer Interaction International. She is the founded of on-going experimental research initiatives: Peripatetic Institute for Praxiology and Anthropology and Haptic InterFace.

Dr. Erina Kashihara hails from Japan, where she has been creating light accessories and dresses since 1985. Kashihara belongs to K-one space which combines Jewellery Art Body and Light. In 2001 she created original accessories for artist Yamaguchi Sayoko’s performances. This work was featured on the cover of Australia’s Object Magazine published by the Contemporary Craft Council. Her work is described in Susan Elizabeth Ryan’s Garments of Paradise: Wearable Discourse in the Digital Age as a “materialist-conceptualist approach providing a new design space, synthesized from technology, computation, and fashion.” 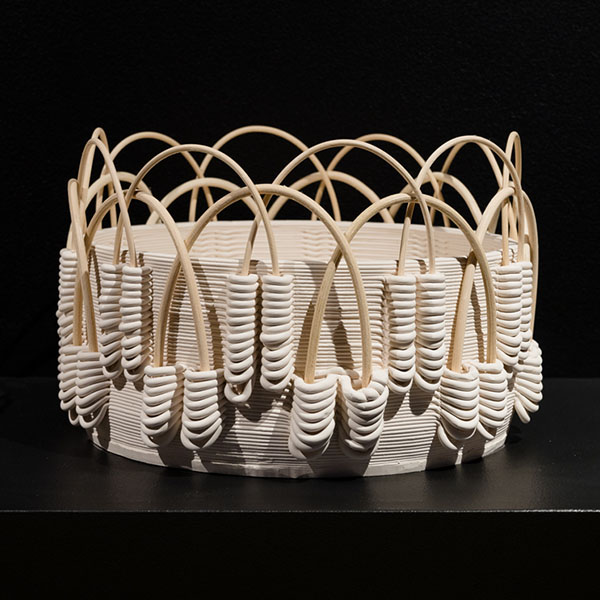