Design and paint your own mural on porcelain tiles to take home in a step-by-step workshop with artist Mary MacDougall. Taking inspiration from Mizuki Tanaka’s Japanese Public Bath Mural featured in the Steam Dreams: The Japanese Public Bath exhibition, participants will learn how to paint their own murals on porcelain tiles as well as the history of mural tile paintings in sentō.

This workshop is suitable for children between ages 7-13.

HISTORY OF TILES IN SENTŌ
Today, sentō tiles and mural designs are often considered one of the main highlights of visiting a sentō and one of their biggest charms. Just before the Taisho Era (1912-26), tiles grew in popularity in sentō due to two important factors. First, there was the spread of a Western health ideology, known as the “movement for life improvement”, which meant that the more traditional Japanese bathrooms, bathhouses and kitchens that were made from wood, paper and earth were now considered unsanitary and likely to result in mould or rot. Then, in 1910, two different Japanese companies became able to produce dust-processed tiles domestically. This, combined with the increased Western influence, led to a sudden increase in tiles being used in sentō.

Originally, only white tiles were used as they gave off a sense of cleanliness. However, sentō owners quickly began to commission artists to paint over them or to create huge scenes splashed across walls using only four colours of paint: red, blue, yellow, and white. The first recorded painting on a public bath wall was in 1912 at Kikai-Yu, a sentō located in Chiyoda-ku, Tokyo. The intention behind the mural was to make children happy while bathing and was painted by Koshiro Kawagoe who chose to paint Mt Fuji. From then on, Mt Fuji became a popular inspiration for bathhouses, particularly in the Kantō region.

While the style of painting murals onto tiles was very common in Tokyo and the greater Kantō region, in the latter half of the 1940s a new style of tile was developed in a region that would come to be known as Tajimi city. This new style quickly became the preferred choice for sentō outside of Kantō. These new tiles were made out of porcelain and were glazed in many colours, allowing artists to create not only painted murals but also large-scale, pictorial mosaics.

The Steam Dreams: The Japanese Public Bath exhibition features an original mural created for The Japan Foundation Gallery by one of only three living penki-eshi (sentō mural artist), Mizuki Tanaka, as well as sentō artefacts generously loaned from the Mosaic Tile Museum, Tajimi.

Mary MacDougall (b. 1983, Dubbo, Australia) lives and works in Sydney. She employs a wide variety of media to explore the physical qualities of paint, subjects in transition, colour theory and questions of perspective. She has published three artists’ books with Cooperative Editions in New York and released The Bowles EP (2012) on Graham Lambkin’s Kye record label. She has exhibited widely in artist run spaces in Sydney, Melbourne and San Francisco and participated in group shows at Breenspace, Sydney and Minerva, Sydney. She is represented by ReadingRoom, Melbourne. 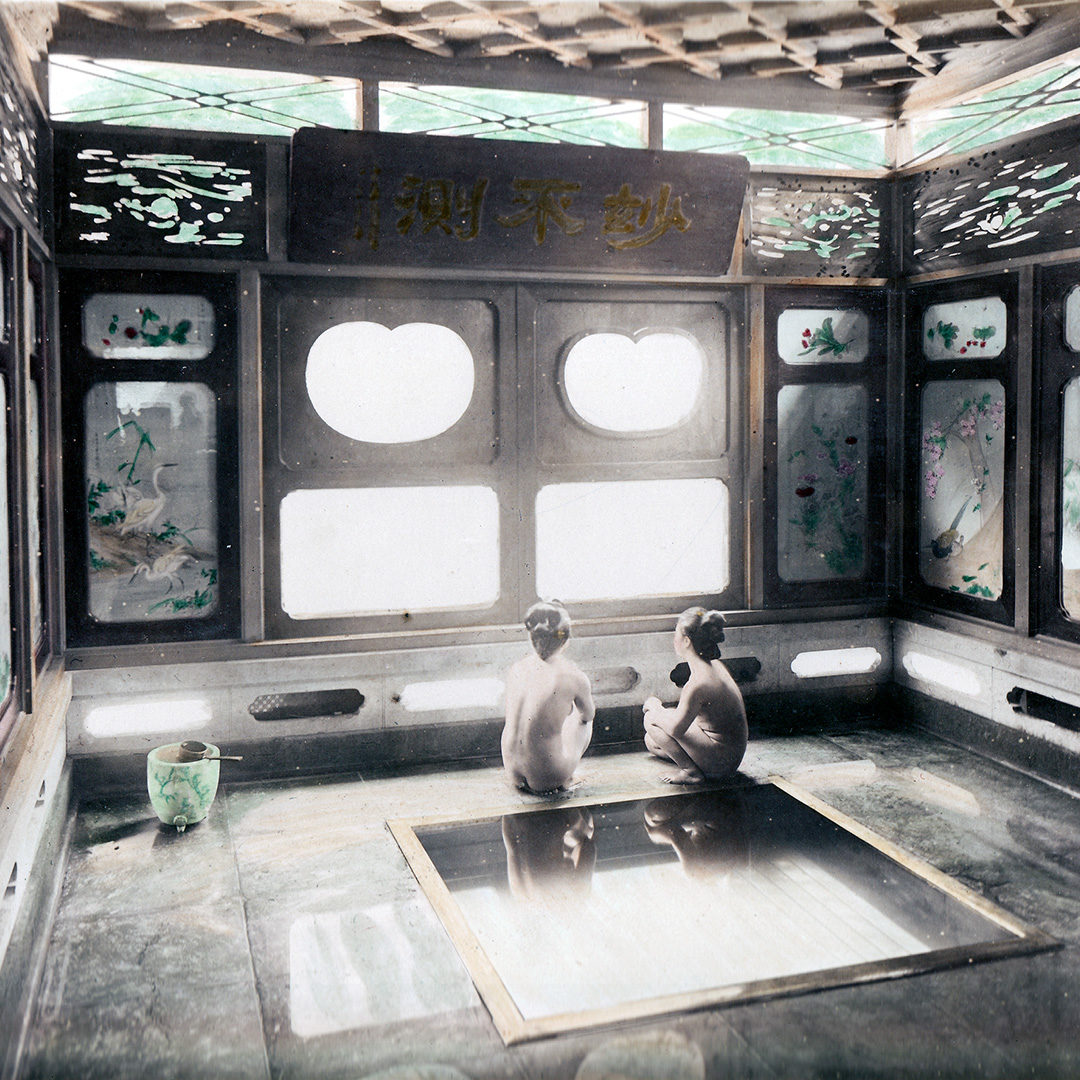 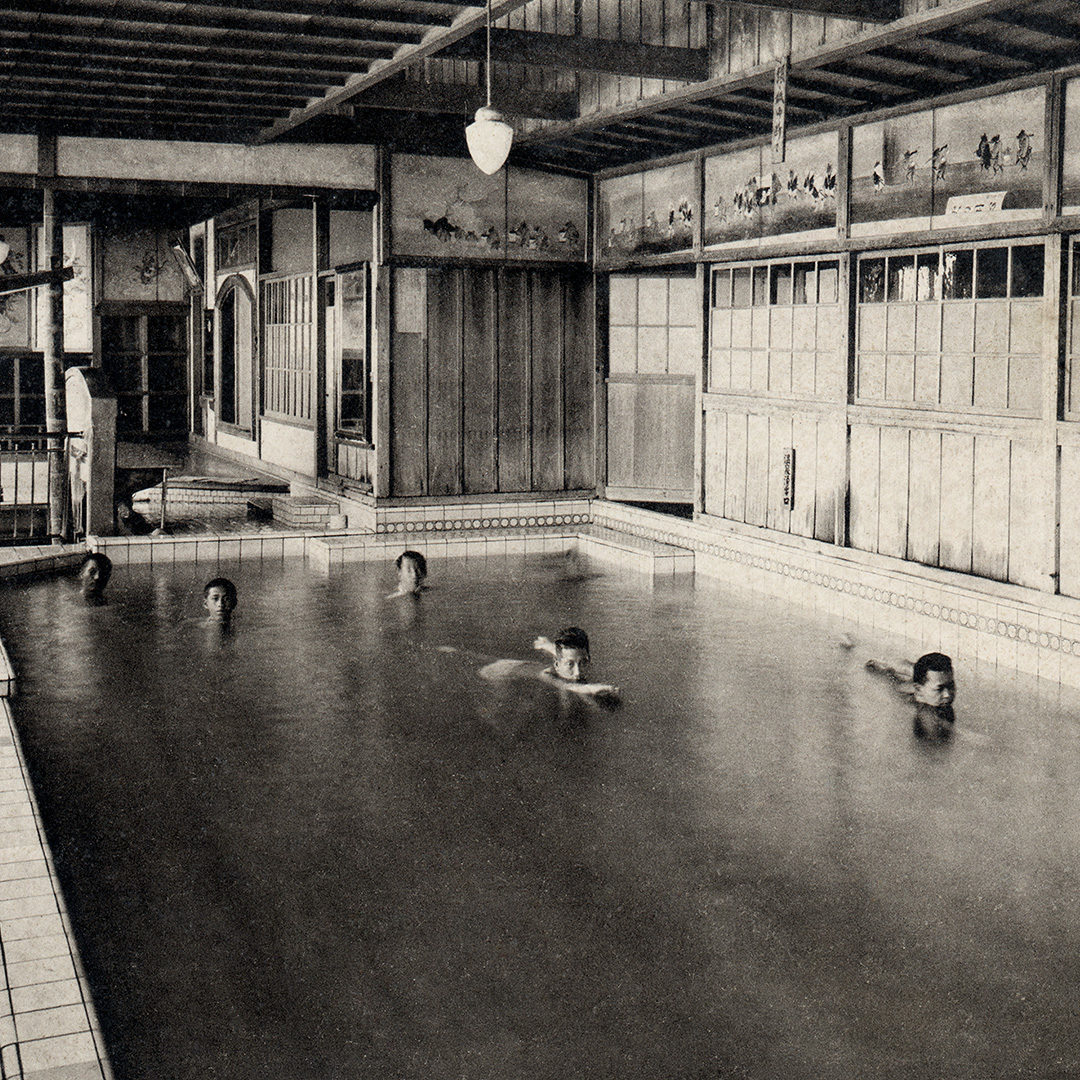