The late Seijun Suzuki (1923-2017) was a visionary director whose avant-garde genres and stylised pop visuals inspired the likes of Quentin Tarantino and Jim Jarmusch. Suzuki was employed by major studio Nikkatsu to direct B-movies under constraints and financial limitations. These conditions led him to develop an increasingly inventive filmmaking style which earned him a cult following.

In a talk, film critic and curator Kiki Fung will explore the lifeworks of Suzuki who represented a rebellious – sometimes even anarchist – spirit post the classical era in Japanese cinema.

This talk is part of the Japanese Film Festival’s (JFF) Classics program, featuring the works of avant-garde filmmaker Seijun Suzuki. JFF Classics will screen at the Art Gallery of New South Wales from October 1-25. A selection of films will show at Melbourne’s Australian Centre for the Moving Image and Canberra’s National Film and Sound Archive. For more information, please see the JFF website. 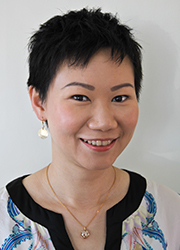 Kiki Fung is a film critic, curator and former Head Programmer for Brisbane International Film Festival (BIFF) and its successor, Brisbane Asia Pacific Film Festival (BAPFF). She is currently Industry Consultant for the Asia Pacific Screen Awards (APSA) and has been a member of APSA’s Documentary Nomination Panel. She is a contributor for the Hong Kong International Film Festival, has guest-curated for the Brisbane Festival and Sydney’s Museum of Contemporary Art, and was Film Program Manager for the Melbourne International Arts Festival. Before moving to Australia in 2010, she served at the Hong Kong Film Archive for seven years in areas of program organisation, management and publication editing, having assisted in editing three volumes of Hong Kong Filmography, among others. She is a member of the Network for the Promotion of Asian Cinema (NETPAC) and Hong Kong Film Critics Society; her recent essays published in Ain Ling Wong (ed)’s The Cinema of Wong Kar-wai and HKIFF Society (ed)’s Naruse Mikio, 110th Anniversary.

This talk is part of our Japanese Film Festival’s Classics program.
See website