The 400-year Tradition of Japanese Storytelling

Rakugo is a traditional form of Japanese storytelling, dating back to the Edo period in the late 17th century. In a Rakugo performance, a single storyteller sits on a stage and acts out all multiple characters in a story using only two props, a paper fan (sensu) and small cloth (tenugui).

This is a rare opportunity to see this humorous form of Japanese storytelling in English, performed by the Canary English Rakugo Company for the first time in Australia. Members of the Canary English Rakugo Company will perform five traditional Rakugo stories in English and one Tamasudare, a traditional Japanese street performance, per session. Each session’s program differs, for a total of 10 Rakugo stories and two Tamasudare over the two days.

Update March 3, 2020: The Japan Foundation, Sydney regrets to announce that due to coronavirus (COVID-19), some of the performers from the Canary English Rakugo Company will no longer be able to attend. As a result, the workshop has been canceled.

The performances will run as scheduled with minor changes to the content due to the decreased number of performers. 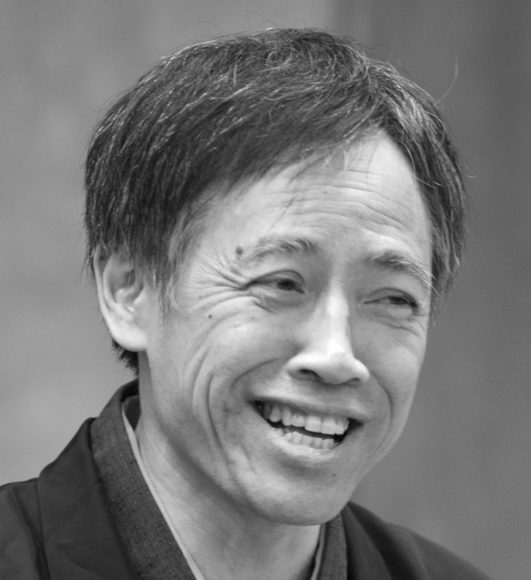 The Canary English Rakugo Company was established by Master Kanariya Eiraku (left) in 2007 and now has more than 50 members from all walks of life.

Rakugo is less known outside of Japan compared to other forms of traditional Japanese theatre. Canary English Rakugo Company seeks to spread Rakugo in English so that non-Japanese speakers can enjoy it and appreciate the Japanese culture through Rakugo stories.

The Company has regular recitals twice a year at a Rakugo House in Tokyo and started overseas tours from 2015. Since then, it has performed at various locations in US, Europe and Asia. This will be their first performance in the southern hemisphere.