Improve your Japanese pronunciation and brush up on your teaching skills!

Do you have any problems with Japanese pronunciation?

In this seminar, you will be introduced to 3 free online resources developed by guest speaker Professor Takako Toda (Waseda University) whose area of focus lies in phonetics and language acquisition. The resources, which include courses, textbooks and videos, will equip you with tools and techniques that can be practised autonomously to improve your Japanese pronunciation.

The seminar will be streamed live online and will remain accessible for approximately a week.
The link will be notified on the confirmation email for online attendees. 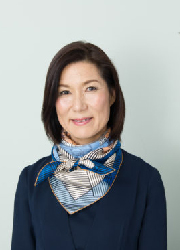 Takako Toda is a Professor at the Graduate School of Japanese Applied Linguistics, Waseda University, where she has been working since 2000. She received B.A. First Class Honours, and then completed her Ph.D. in Linguistics at the Australian National University in 1996. Her research interests lie in the area of phonetics and language acquisition. Since 2016, Professor Toda has been offering the first Japanese language course on a global Massive Open Online Course (MOOC) program, “Japanese Pronunciation for Communication”, with edX by Harvard University and MIT.  50,000 people have registered from 170 countries and regions. She has been conducting research projects and seminars around the world as a leader for the Grant-in-Aid for Scientific Research (KAKENHI), in order to make useful suggestions towards education using Information and Communication Technology.

Registration is essential.
To register for the attendance in person or online, please complete the form below.

**Note***
・Certificate will be created for the physical attendees only, not for online viewers.
・The seminar will be conducted in English.

A Massive Open Online Course (MOOC), ‘Japanese Pronunciation for Communication (JPC)’ has been open to the public since November 2016. This course has been offered by edX, which is a global MOOC platform jointly developed by Harvard University and Massachusetts Institute of Technology (MIT). JPC is the first Japanese language course offered by a global MOOC. It has been open repeatedly every half year to provide an opportunity to practice pronunciation for people who are interested in learning/teaching Japanese (http://www.edx.org/school/wasedax).

JPC is distributed worldwide to learners and instructors involved in Japanese language education. More than 50,000 people have registered from 170 countries and regions (as of June 14, 2019).

In 2012, I started a new course, ‘Pronunciation: Speaking with Fluency 3-4’ at Waseda University.

The textbook ‘Japanese Pronunciation Practice through Shadowing’ (Toda, Okubo, Kamiyama, Konishi & Fukui, 2012) was published 3A corporation, and used for this course. This textbook focuses on the pronunciation practice using ‘shadowing’ method. English, Chinese, Korean translations are also provided in the textbook. Following the key points introduced in each lesson of this textbook, we produced 20 lessons of online instructional videos. They are open to the public in the publishers’ website（http://www.3anet.co.jp/ja/2861/）.

This course was initially started by a 15 week face-to-face instruction in 2000 for international students who wished to improve their pronunciation. Using teaching materials and handouts developed for this course, the ‘Komyunikeeshon no tame no Nihongo Hatsuon Lesson （Japanese Pronunciation Exercises for Communication）’ was published by 3A corporation (Toda, 2004). Based on the contents of this textbook, 15 weeks of online instructional videos were produced in 2007.

Since 2015, the 15 weeks of online videos are open to the public on the website, Waseda Course Channel (http://course-channel.waseda.jp/), and made the most frequently watched online videos of all the courses.

Registration starts at 12:30 pm. Please arrive early to avoid delays to the session.