Japan and Australia in the 21st Century

JPF > Events > Japan and Australia in the 21st Century

The relationship between Japan and Australia seems now to be closer than ever. But is it on the right track? Do Japan and Australia really share values? Do their views of the region and the world coincide, particularly when it comes to the future of relations with the United States and China?

Roger Pulvers offers his thoughts on how proactive policies by Japan and Australia could potentially provide a basis for peace in a volatile global environment. This talk explores ways in which the two countries, together, may be able to navigate the foreseeable dangers ahead and play a leading role in the future direction of world affairs. 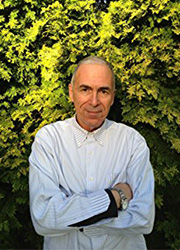 Roger Pulvers is an author, playwright, film/theatre director and translator with over 50 years’ experience living, working, and writing in and about Japan. He has published more than fifty books in English and Japanese, and recently directed the film Star Sand (2017) based on his novel of the same title. Roger has written well over a thousand articles about Japan in magazines and newspapers such as Newsweek, The Far Eastern Economic Review, The New Scientist, The Japan Times, and Asahi Shimbun, among many. He holds an M.A. in Russian studies from Harvard and is fluent in Japanese, Russian and Polish.