Giant Robots and Cute Androids: the Evolution of Mechanical Bodies in Japanese Anime

From Astroboy to Evangelion, robots in Japanese anime trace a relationship of desire and fear towards technology. Iconic robot character, Astroboy, is the protagonist of Japan’s first television anime series, which was released postwar in 1963. The following year Iron Man no. 28, a giant robot piloted with a remote control, appeared on Japanese screens and immediately gained popularity. Astroboy and Iron Man no. 28 are at the origins of two fundamental types of protagonists in robot anime: the cute humanoid robot and the giant remote controlled robot.

In the 1970s, a new genre was born that fused the two types: robots that were inhabited or “worn” by their pilots, who interacted with the machines with an increasing emotional and physical integration. In this talk, anime researcher Dr Rebecca Suter will trace the evolution of mechanical bodies in anime.

This talk will be livestreamed on The Japan Foundation, Sydney Facebook page. 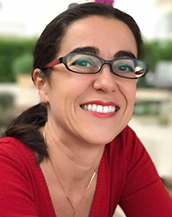 Rebecca Suter is associate professor in Japanese Studies at the University of Sydney. Her main research interests are in modern Japanese literature and popular culture, with a cross-cultural focus. She is the author of The Japanization of Modernity: Murakami Haruki between Japan and the United States (2008),  and Holy Ghosts: the Christian Century in Modern Japanese Fiction (2015) and Rewriting History in Manga: Stories for the Nation (2016), co-edited with Dr. Nissim Otmazgin. She is also a translator of manga, and has translated works by Shinohara Chie, Anno Moyoko, Miuchi Suzue, Asano Inio, Kitoh Mohiro, Katayama Kyoichi, Matsumoto Taiyô, and Unita Yumi, among others.