Students act out this story about the origin of the Juunishi (Chinese/Japanese zodiac). The play can be used by students not only in the classroom but also as a presentation for a school event. There are 15 parts.

New Year’s Day arrived. The ox started out at midnight, but the cunning rat climbed on the back of the ox and the ox carried the rat without realising it.

When they arrived at the gate of God’s house, the rat jumped down just in front of the ox and thus became the first to arrive, with the ox second. Then the tiger and rabbit arrived third and fourth. The dragon and the snake were neck and neck but finally the dragon won by its long whiskers, so the dragon was fifth and snake sixth.

Then the horse came seventh, the sheep eighth, the monkey ninth and the rooster tenth. The boar was coming next, but as he rushed forward he hit the gate and fell, and was overtaken by the dog. This made the dog eleventh and the boar twelfth.

After the twelfth animal was settled, the cat rushed into God’s house, and was very angry with the rat for lying about the date. The cat has been chasing the rat ever since! 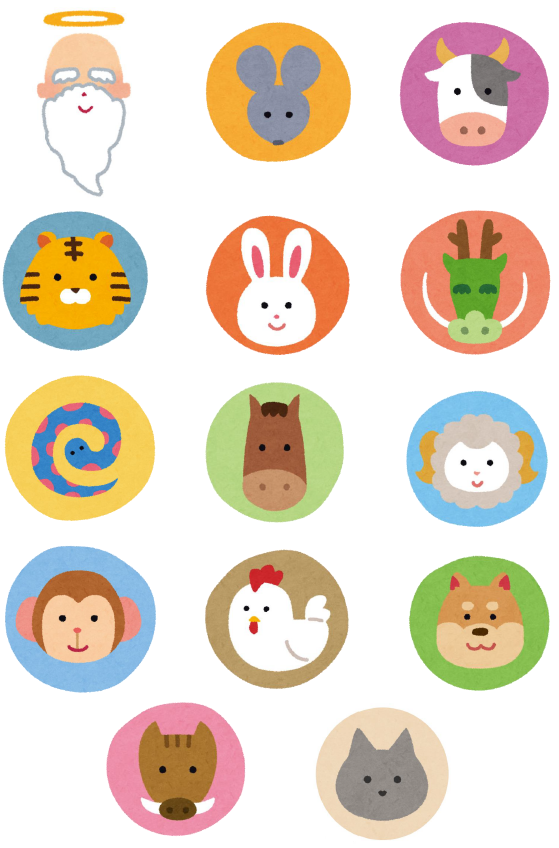 There are instructions provided for making vests, happi and kimono out of plastic bags.