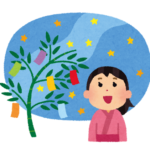 Tanabata is also known as the story of Altair (the Cowherd Star) and Vega (the Weaver Star). It is the story of these two sweethearts separated by the Milky Way, who are allowed to meet just once a year–on the seventh day of the seventh month. 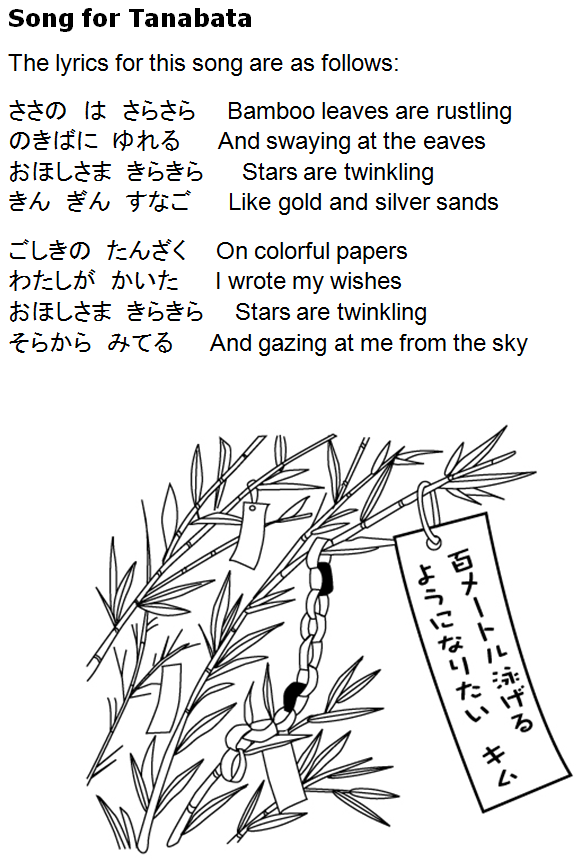 is a festival that is celebrated every year on 7 July. People write their wishes on narrow strips of paper and hang them on bamboo trees and pray that their wishes will come true. People celebrate this day by putting up big branches of bamboo with colourful decorations at home. People also make a wish and hang a strip of paper with their wish written on it.
Tanabata is believed to be based on a Chinese legend and came to Japan during the feudal period. It combined with traditional local customs to become an official event at the Imperial court. The common folk soon began observing this festival, with different localities developed their own special ways of celebrating the event.

are the strips of paper on which wishes are written and then hung on a tree.

are sandals made from rice straw (wara) or lacquered wood and usually worn with kimono for special occasions. Recently zoori made of rice straw have been re-discovered as useful and environmentally friendly, and they are being used in schools as a way of teaching children about traditional by-products of rice culture.