Students read the manga of the story of Sarukani gassen. They can then perform the skit or use it as a base for discussion on the theme of revenge. This story is known to all Japanese children; the tale of the battle between the monkey and the crab

さる usually refers to ニホンザル (Japanese monkey), which lives in the forests of Honshu, Shikoku and Kyushu. It is 50~70cm in length and has a tail of 5~9cm. ニホンザル can be seen at hot springs in snowy mountain areas in winter. ニホンザル have been observed to imitate human behaviour, so they are considered to be intelligent and cheeky. かに are found in most coastal reef areas in Japan. The biggest かに in the world are found in Japan, in sizes up to 3 metres when the claws are open.

As in other cultures, かたきうち is a popular subject of theatre and folktales in Japan. Usually committed to avenge the killing of an elder relation or a feudal superior, this type of vendetta was regularly justified in earlier times by reference to the Chinese Confucian classics, which contained such pronouncements as: ‘No one should live under the same heaven as his father’s enemy’. かたきうち was finally made illegal in 1873. In the original story of さるかにがっせん, the crab dies, and the monkey is killed by the crab’s children and their friends in revenge. However many Japanese children’s storybooks have less violent versions.

Once upon a time, a monkey and a crab went for a walk. Along the way, the monkey found a persimmon seed and the crab found a rice ball. The sly monkey persuaded the crab to trade his rice ball for the persimmon seed, and quickly ate the riceball. The disappointed crab couldn’t eat the persimmon seed, but she took it home and planted it in her garden, where she tended it until it grew into a large tree full of beautiful persimmons. When the monkey saw this, he climbed the tree and began to eat them. The crab asked him to pick some for her, but he threw down only a hard green persimmon, which hit the crab on the head and hurt her badly. The crab’s children were very distressed to see their mother hurt. Their friends, a bee, a chestnut and a mortar came to see their mother. They asked them to help take revenge on the monkey. To do this, they invited the monkey to their house, and when he sat down by the fireplace, the chestnut burst out from the ashes and burnt him. As he reached for the water jug, the bee flew out of it and stung him. Then as he tried to run out of the house, the mortar fell on him from above the door and squashed him. The monkey saw there was no escape. He apologised to the crab for hurting her, to the delight of the children and their friends. 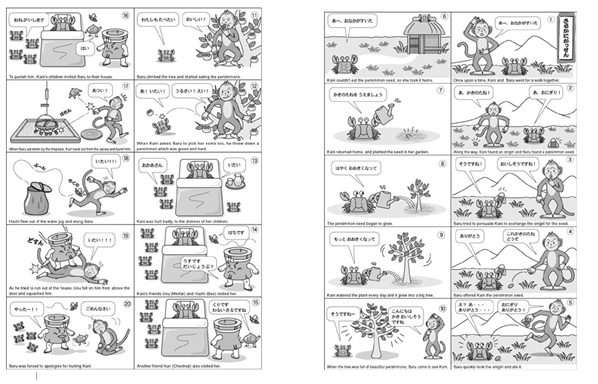 Japanese children often sing this song to the tune of “Frere Jacques ” with actions from じゃんけん. At the end of the song, they imitate a crab by making the チョキ sign.

After reading the story, students act it out and join the Video Matsuri Contest! Students’ handout for playing a skit can be downloaded below. 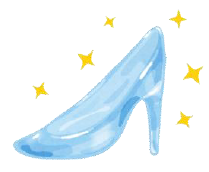 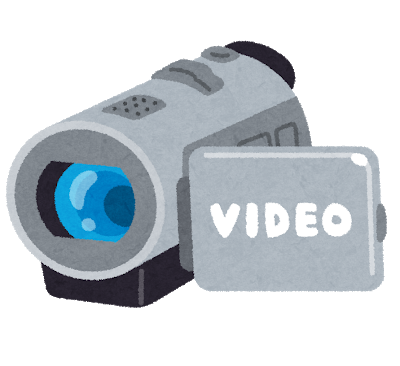 Video Production in the Classroom

Students use their higher-order thinking skills and creativity to devise scenarios, student roles, props, lighting, editing techniques for a video project of their choice.

Students can learn new vocabulary and play various games using the flashcards which cover many topics. 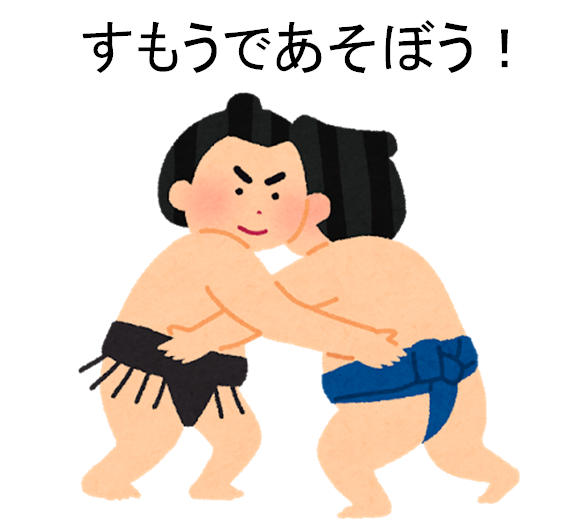 Students learn about sumo rituals and play various sumo games in class.
© The Japan Foundation, Sydney
Back To Top
×