Students form groups and play a bingo game involving sentences which have time, transport and place words. Each group has one winner who has crossed out all the words on his/her cards first.

Students form groups of 4, and each member is given a different bingo sheet. Each group is given a set of three dice: (1) means of transport, (2) destinations, (3) past time expressions. Group members take turns in playing. (This can be decided by じゃんけん – stone, scissors, paper)
The first player throws three dice at once, and from the pictures and words that come up makes a sentence, which he/she says out loud.
The other members of the group listen to the sentence and cross out the words on their bingo card if they appeared.
The teacher sets a time limit, and the winner in each group is the one who has crossed out the greatest number of items in the given time. 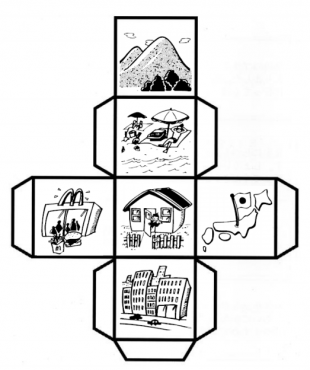 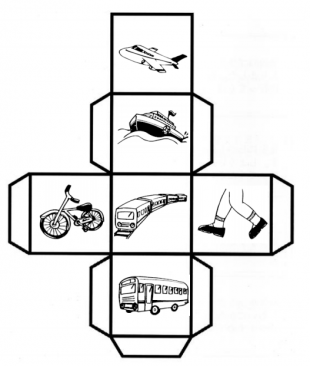 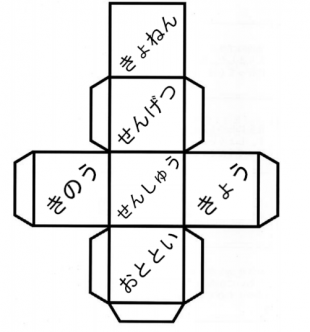 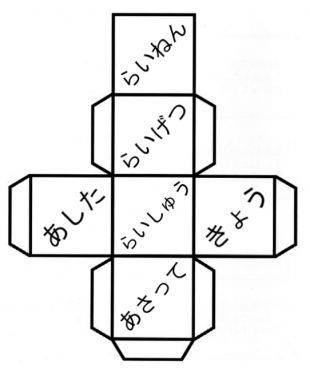 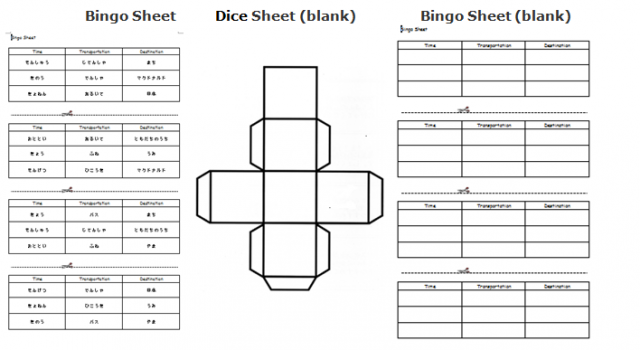